The History of Hosiery Manufacturing in London: Part 1 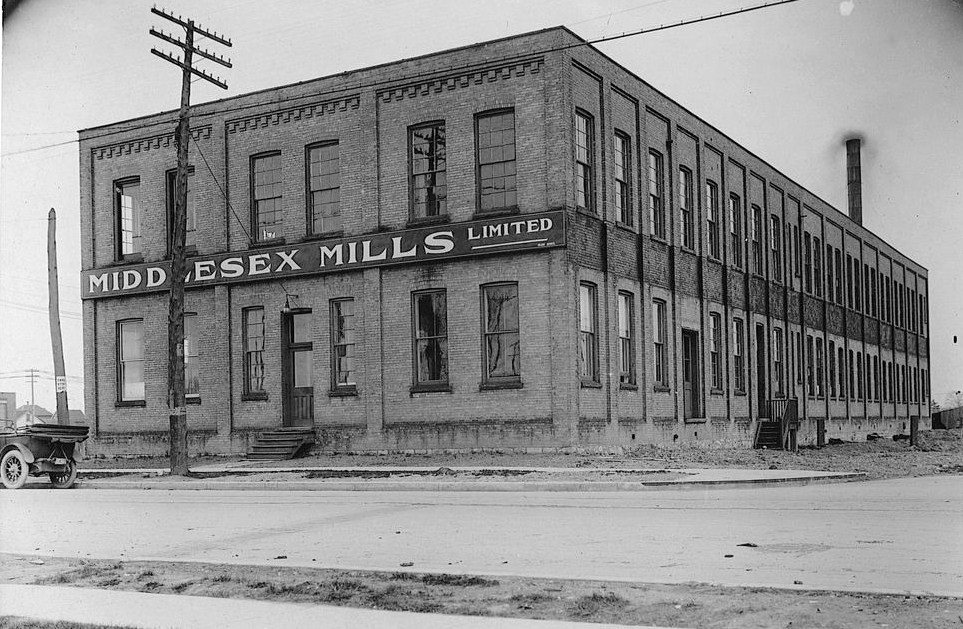 While London is well-known for some of its successful twentieth century commercial enterprises, ranging from beer and cigars to banking and insurance, it has been forgotten as one of Ontario’s hubs for hosiery manufacturing.

This is the first in a series that will follow the history of hosiery manufacturing in London, Ontario throughout the twentieth century – specifically, the histories of Holeproof Hosiery and London Hosiery Mills.

This series will delve deeply into the story of these two factories, looking into the history of Canadian labour history and individual workers’ experiences. We will also explore the methodology that goes into this type of research – focusing on oral interviews and details about the final product of this research.

By the 1910s, society was witnessing a shift in standard of living which in turn, impacted fashion. No longer did one have to choose clothing based on warmth and durability but rather comfort and beauty. Further, the shortening of women’s skirts also resulted in a growing desire for more visually appealing stockings. Heavy woolen stockings became a thing of the past as they were replaced with silk and rayon stockings.

At its creation in 1911, Holeproof Hosiery, the first factory of its kind in London, employed only thirty workers. Two decades later, Holeproof and the other new factories employed over eleven hundred people. Around the same time, just London Hosiery Mills alone was producing one hundred and fifty thousand dozen pairs of stockings per year. These companies shipped their product far and wide, from the rest of Canada to as far as New Zealand.

Employed within these hosiery factories was a workforce that was predominantly made up of women and girls.

They were responsible for operating various machines, including the ones that completed knitting, countering, and shading, as well as performing hand operations like seaming.

Are you a London local willing to share your stories about Holeproof Hosiery or London Hosiery Mills?

We are specifically interested in stories from women who worked in these hosiery factories. If you have a story, photo, or other artifacts from either factory that you would be willing to share, please email paigem@heritagelondonfoundation.ca