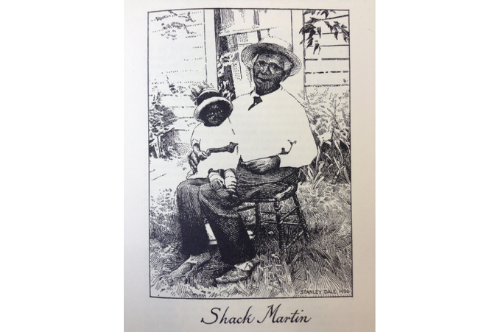 London’s rich history has some fascinating individuals, including Shadrack “Shack” Martin. Born May 17th, 1833 in Nashville, Tennessee, he immigrated to Canada in 1854 where he stayed, working as a barber in London until the outbreak of the American Civil War.

Martin is recorded as the first Black man to enlist in the Union forces fighting the Confederacy.

He spent over two years (or twenty five months to be exact) on a Mississippi River gunboat and was in engagements at Fort Henry (Donelson, Tennessee) and then at Fort Pillow (Henning, Tennessee), where he was shot in the foot and injured.

Martin was honourably discharged in 1863 and returned to London.

At the time, barber shops and hairdressers were a Black dominated profession. This started because white slave owners would lease them out to work, often shaving prominent white men.

Blacks were seldom seen in the chair of a barbershop until much later. Martin, however, was a freedman, with a freedman father. While his mother was originally a slave, her freedom was purchased by Martin’s father. Martin entered into a partnership at the Tecumseh House in London with James Worthington, also a Black barber.

When the Tecumseh House partnership ended in 1872, Martin began to work at several other barbershops throughout the city. He was incredibly prolific and was reportedly the most active barber in London at the time.

Despite his success as both a Black business owner and Londoner, after his death on December 23rd, 1917 Shadrack Martin was buried in an unmarked grave in London’s Woodland Cemetery. He is mentioned by name on his wife’s grave, but his is blank.

Are you interested in reading more about Black History Month? Check out the National Trust to find more information.

A special thank you to Meagan Fillmore and all previous Woodland history teams for their collective efforts as they provided invaluable resources for this article.