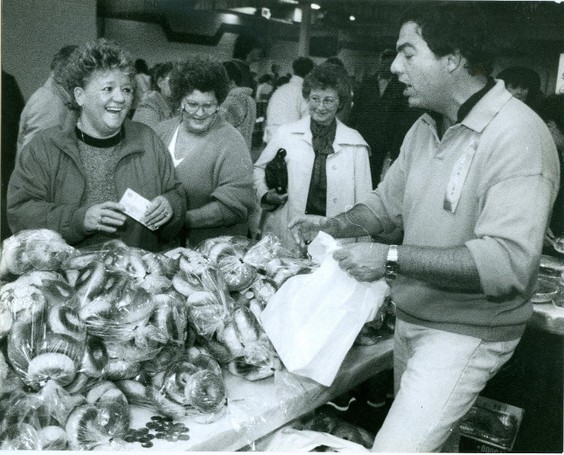 Hadassah, or Hadassah-WIZO (Women’s International Zionist Organization), is an international Jewish charity group that London is proud to be a part of. With fundraisers such as sales and bazaars, Hadassah is an important part of London’s Jewish community with a very interesting and long history.

Hadassah is organized by chapters. London’s first chapter was founded in 1918 with president Lisa Klinger, and has grown to three chapters with the most recent having been formed in 2018.

The goal of Hadassah is to fundraise for schools, hospitals, women’s shelters, community centers, and daycares both in the community and in Israel. Hadassah is most famous for its yearly Bazaar.

London’s first Hadassah Bazaar began in 1960 and continued until 2015, the very last of its kind in all of Canada. With entertainment like Shirley Harmer and Tommy Hunter over the years, among many others, the Bazaar was a huge part of London’s community- and for good reason!

People would gather to sell all sorts of things, from foods like latkes and matzo ball soup, to clothing and handmade artisan goods, among plenty of other goods. The Bazaar was a much-anticipated annual event and received a great deal of coverage in London newspapers.

London’s Hadassah-WIZO chapters are comprised of a dynamic group of women and the global Covid-19 pandemic highlights their flexibility. They are still holding meetings and fundraisers online. Generally, anyone is welcome to get involved. While Hadassah-WIZO used to be run as a membership organization, in which people would have to pay a fee to be involved, they recently changed to support by donation.

London’s Jewish history is full of interesting groups like Hadassah-WIZO, and events like the Bazaar and we offer special thanks to Michelle Bottner for providing the background information  and to  Jack Rosen for providing the pictures that have brought this history to life.

We are looking for more stories about how our Jewish community contributed to the business and cultural life of London over the years.

If you have a story to tell about yourself, a relative, or someone you knew please email sarah@heritagelondonfoundation.ca